Planning for the Worst: What to Know About Catastrophe Preparedness

The worst thing about catastrophes is their unpredictability; it can be impossible to determine when or where a natural disaster might strike. However, school districts can prepare for the worst by establishing protocols and referring to past events to determine how to deal with future disasters.

For instance, New Orleans-based Tulane University has an entire office dedicated to emergency preparation and response. After Hurricane Katrina hit in 2005, administrators knew they needed a strong disaster preparedness plan for schools to protect students, staff, and buildings. Notably, Tulane University provides its students with a hurricane guide detailing what precautions they should take during extreme weather.

Most educational institutions have a school district emergency operations plan, but it’s important for administrators to also examine past disasters in order to plan for future catastrophes. After all, the steps a school takes immediately after a catastrophe can make or break its recovery. Here are a few tips administrators should follow when it comes to planning for the worst:

1. Keep up with routine maintenance

How well a school weathers a storm, wildfire, or other disaster depends on how well it maintains its facilities. Routine maintenance is key for disaster prevention. For example, if a school neglects to have its electrical wiring inspected, a fire could break out. Or if a school fails to maintain its HVAC systems, then it could take even longer to resume classes after a storm due to poor temperature control and high humidity.

While it is impossible to avoid natural disasters in schools, it is possible to prepare for them. If the administration is keeping an active eye on the weather, then damage can be mitigated. For example, the earlier administrators know a damaging rainstorm is coming, the sooner they can arrange sandbags and other supplies. Alternatively, if a school realizes temperatures are going to drop way below freezing, it can insulate pipes and trickle water to prevent broken pipes and other issues.

What happens if you don’t prepare? One school district in Louisiana sustained a lot of structural damage after Hurricane Ida. The recovery efforts involved the removal of damaged materials and sanitizing. By practicing vigilance, the administration could have prevented wind damage by boarding up windows and doors and limited water damage by using sandbags and other materials.

3. Act fast after a disaster

When catastrophe strikes, it’s crucial for administrators to act quickly. Often, the damage is more severe than what is visible. For instance, if there is water damage in a building, it increases the likelihood of mold growth and odor damage in both the affected and adjacent areas.

When an underground pipe broke at Kennedy Elementary in Willmar, Minnesota, five or six classrooms were affected with standing water. After the catastrophe, the school needed extraction, structural drying, and sanitizing to resume operations. In order to minimize damages, the school administration needed to take action quickly and get help on-site as soon as possible.

Establishing a relationship with disaster recovery experts with cooperative purchasing contracts can expedite post-disaster recovery. Three such vendors have been awarded through a national competitive bid by the Association of Educational Purchasing Agencies. AEPA encourages directors to reach out to the local representative from these vendors to learn about the services they provide and their costs. This will help administrators respond faster to emergency situations rather than make rash decisions during the emergency.

If school administrators wait to prepare for a disaster while it is happening, it will be too late. Catastrophe recovery largely depends on preparation efforts before the disaster occurs. To mitigate the aftermath of a catastrophe, school administrators should consider their disaster preparedness plans for schools and carefully follow the steps they need to take to appropriately respond before, during, and after the emergency strikes. 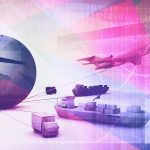 How to Cope with the Effects of Inflation and the Great Supply Chain DisruptionBudget, Contracts, Cooperative Purchasing, HVAC, School Technology, Supplies 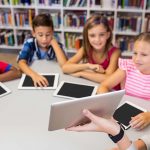 Thinking About Purchasing 1-to-1 Devices for Your K-12 School? Keep These Tips in MindCooperative Purchasing, School Technology